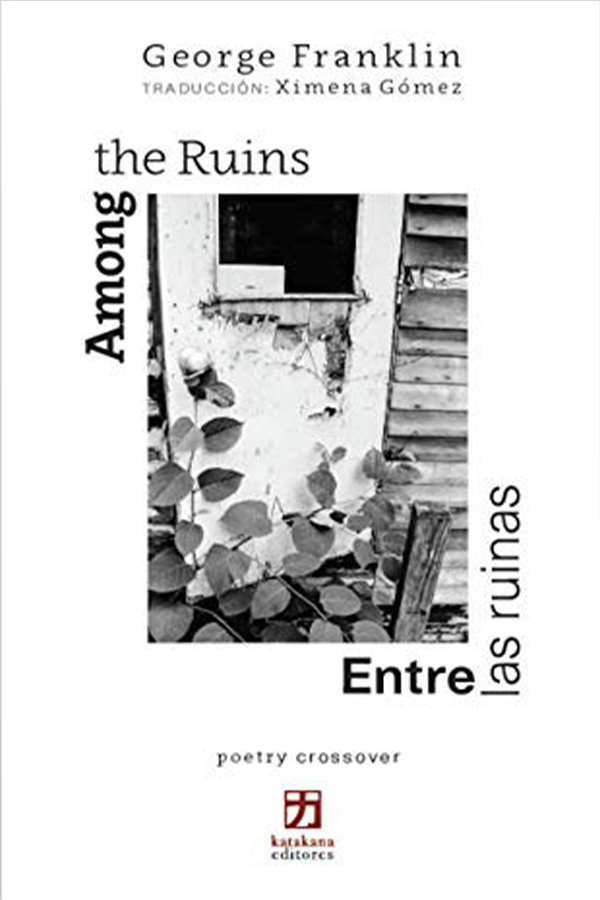 Among the Ruins / Entre las ruinas

Among the Ruins / Entre las Ruinas is a bilingual collection of poems translated into Spanish by Ximena Gómez and published by Katakana Editores.

I hesitate to describe Among the Ruins / Entre las ruinas as simply a bilingual text, as though it were only a matter of putting English words on one page and Spanish words on another.  It is much more than that.  Translation is one of the most difficult things imaginable.  Languages each have their own character and personality.  There are sentences that are easy to write in the original language that are awkward if not impossible in a different one, and translating poetry, which derives part of its meaning and effect from the sound of the words, compounds the difficulty.  I think of these translations as a beautiful gift given to me by Ximena Gómez.  For a year and a half, she spent late nights and weekend afternoons making my English poems into Spanish ones.  She would then walk me through that Spanish, carefully explaining her choices, showing me how these poems could take a new shape syntactically and rhythmically, how they could reemerge—be re-imagined—not merely as words transposed or transliterated from one language to another but fully as poems in Spanish.  It was magic.  Gracias, Ximena